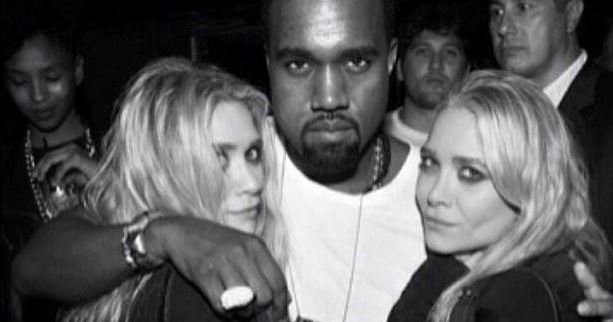 20+ Unlikely Celebrity Friendships That Have Us Doing A Double Take

There are just certain celebs that don't go together in our minds. Maybe they're very different ages, or run with different crowds, or simply just don't seem like two people who could ever get along.

Whatever the case may be, these celebs were able to find some kind of common ground with one another, and forge unexpected friendships that have us shook. 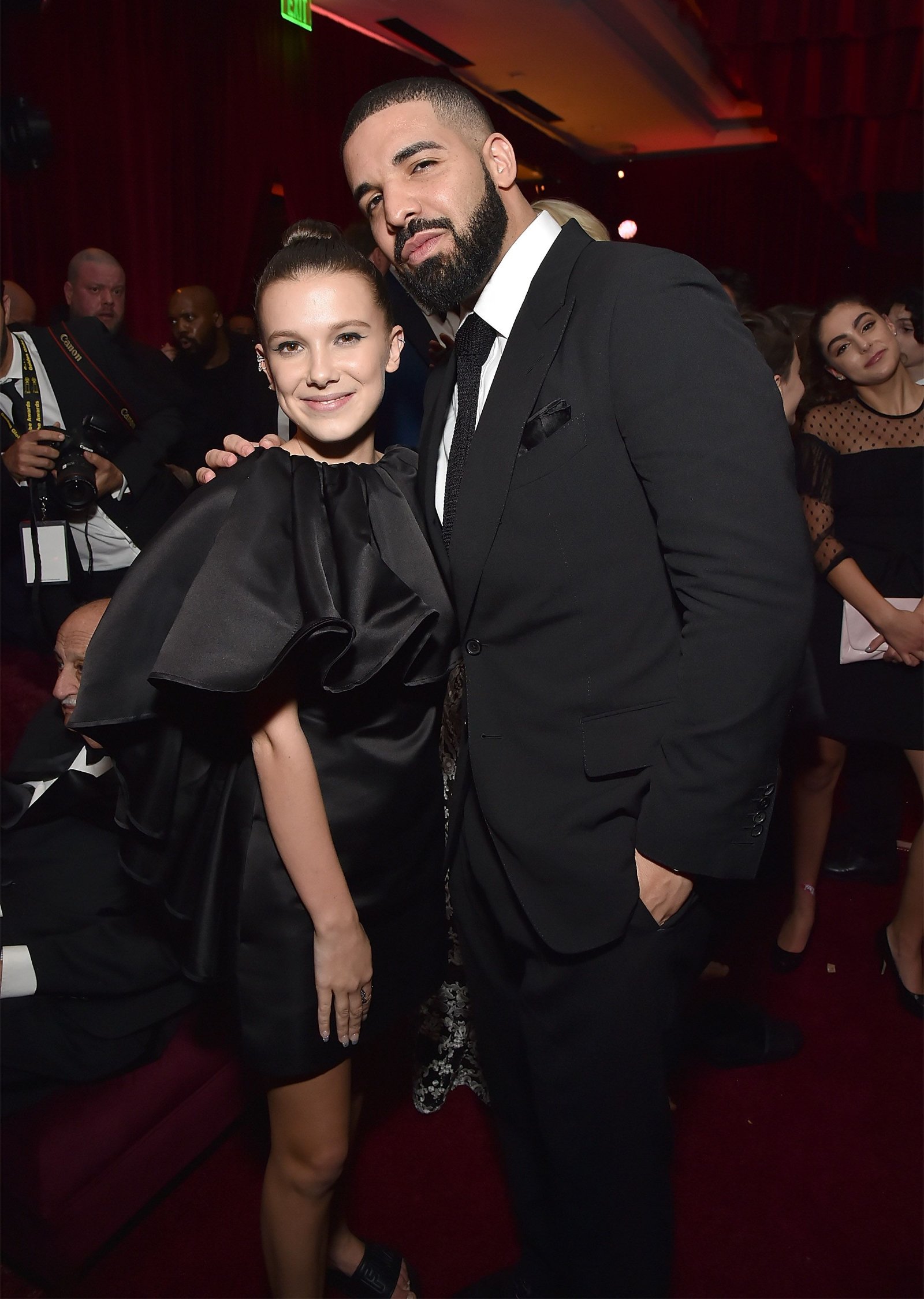 This one had some controversy floating around it since the two are so far apart in age. But so far their friendship seems totally innocent. 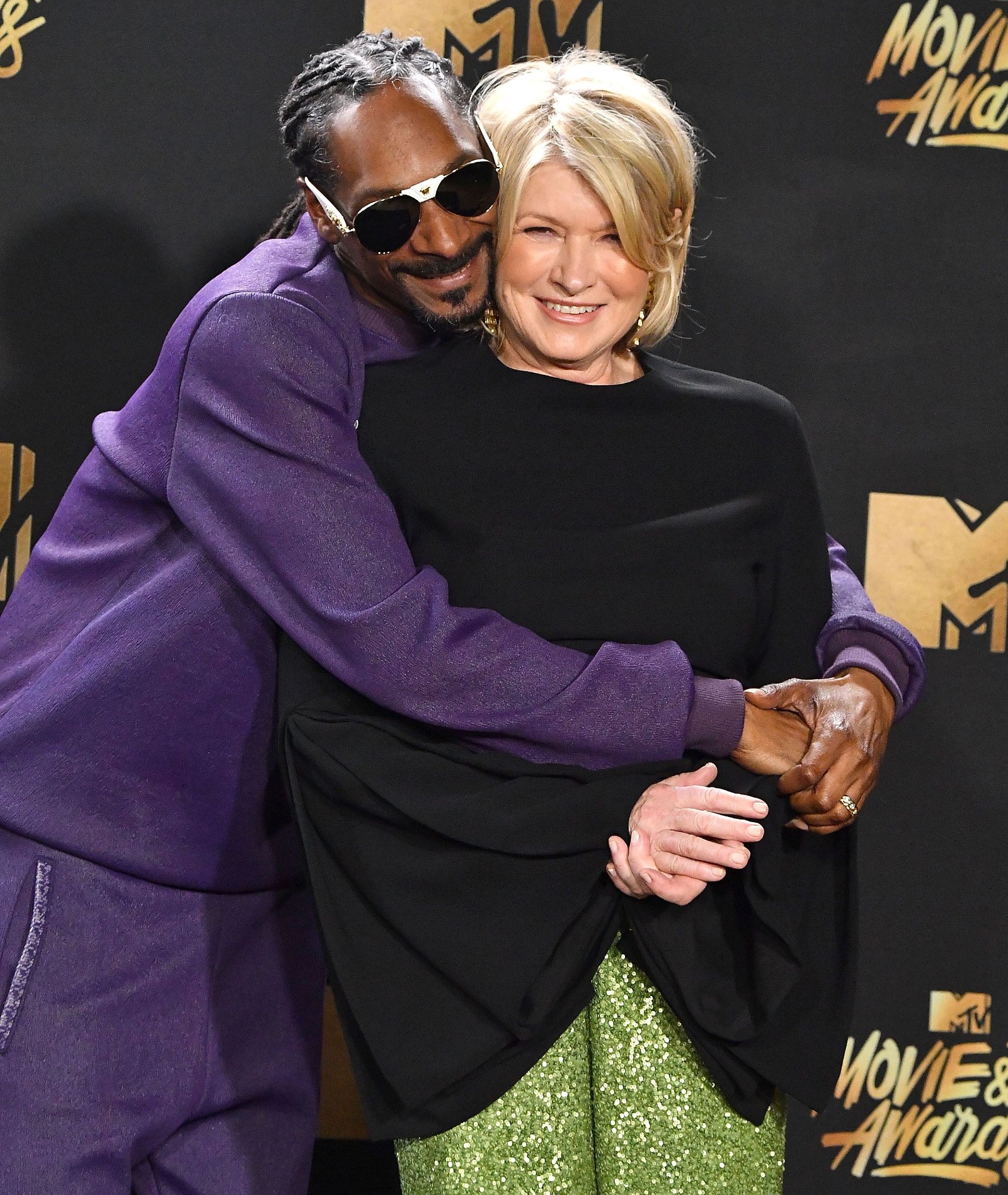 We all know that Snoop Dogg is someone that seems very easy to get along with, and could probably make friends with anyone. But this duo is definitely a bizarre one.

Snoop appearing on Martha Stewart's show was not a one-time-thing. He's appeared several times, and they always look they have a ton of fun together. 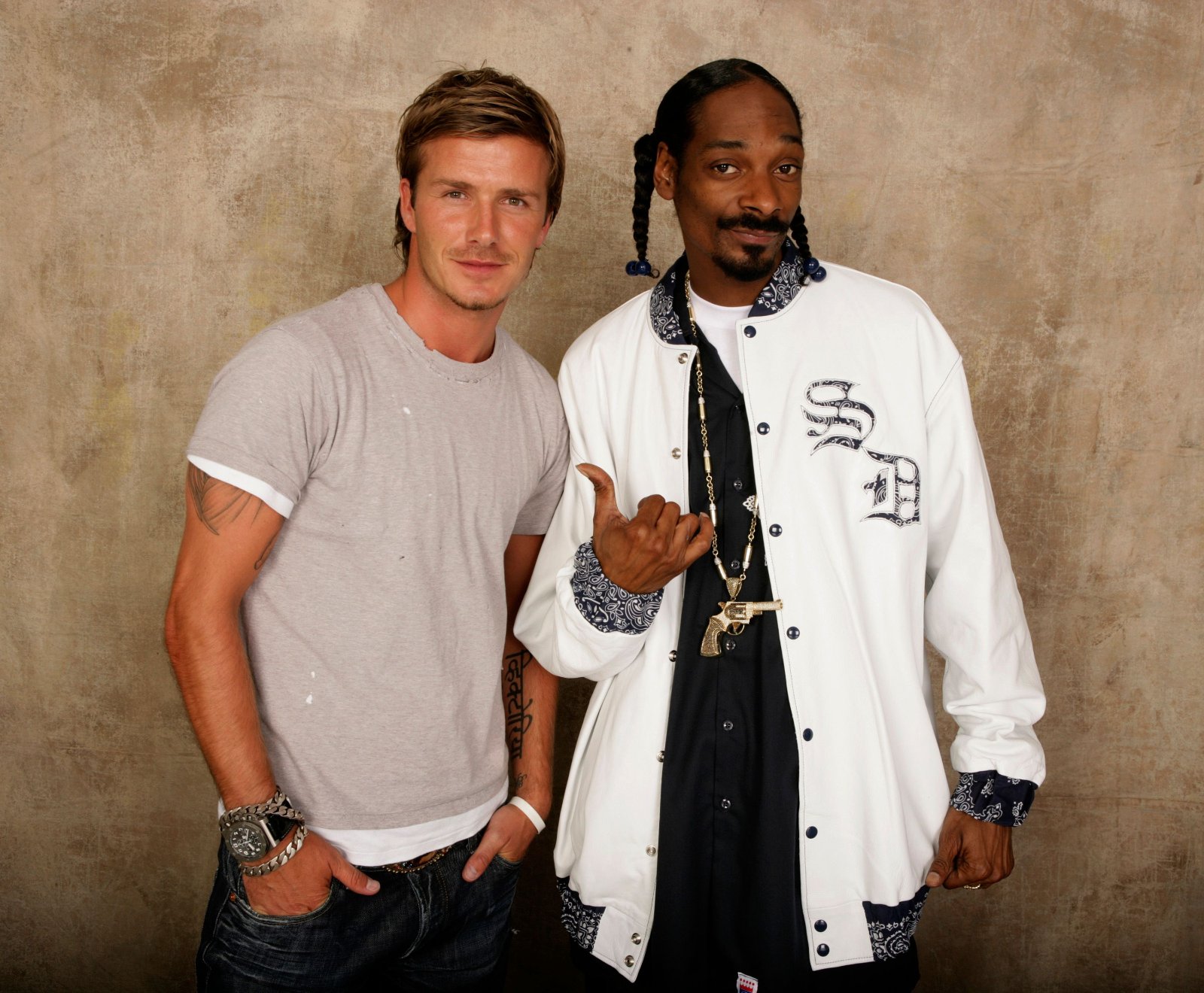 Like I said, Snoop Dogg can make friends with just about anybody.

The two met back in 2007, and ended up getting along really well. Now, even their kids are friends. 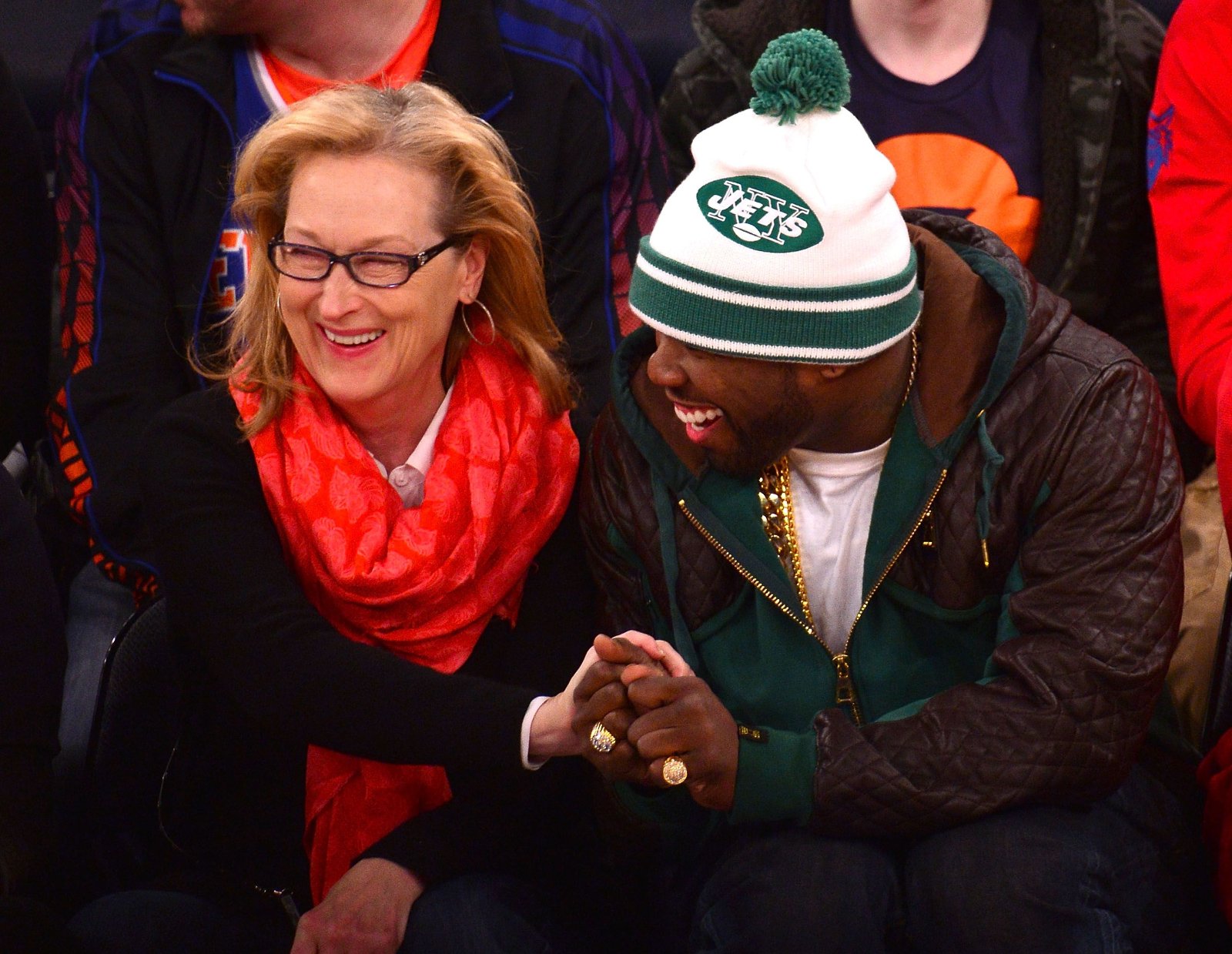 For obvious reasons, it's definitely strange to see these two as friends. The only thing they seem to have in common is that they're both famous.

But I guess this just goes to show you can't judge a book by its cover, because they sat next to each other at a basketball game and became fast friends.

50 joked on Instagram saying "things got a little gangsta." These two met at a charity event in New York, and against all odds, became good friends.

"He's one of the newest members of our tribe. He's really made my life worth living." Better said about 50.

Hey, if it works it works. 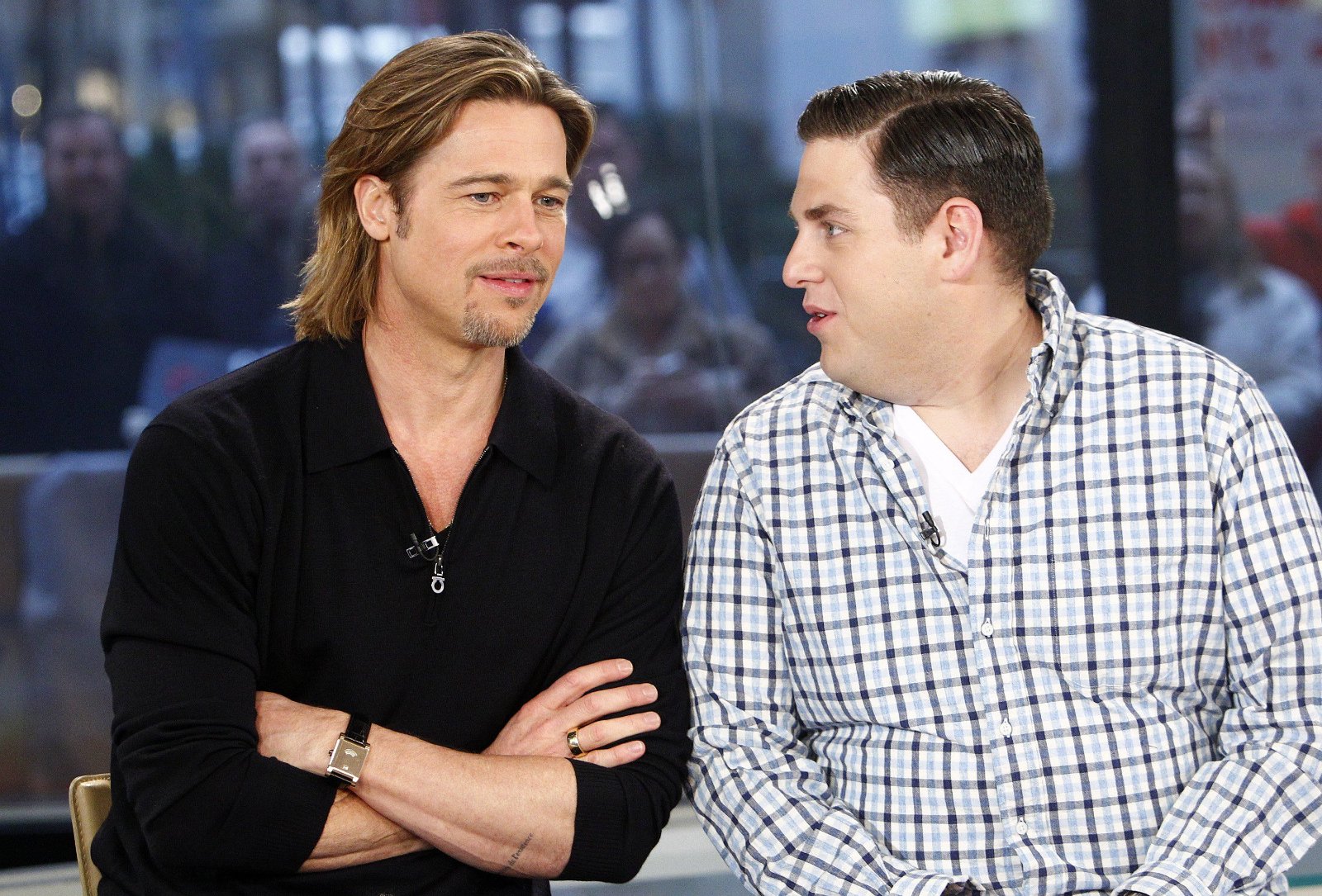 Brad and Jonah are both very famous, award-winning actors. So I'm not entirely surprised they they would end up running in the same squad.

But still, something about it doesn't seem totally natural to me. Either way, they make an adorable friend duo.

With Kourtney's track-record of dating younger men, I would have expected this relationship to be more than platonic, at the time.

But it turns out the eldest Kardashian sister and J-Biebs are longtime family friends. 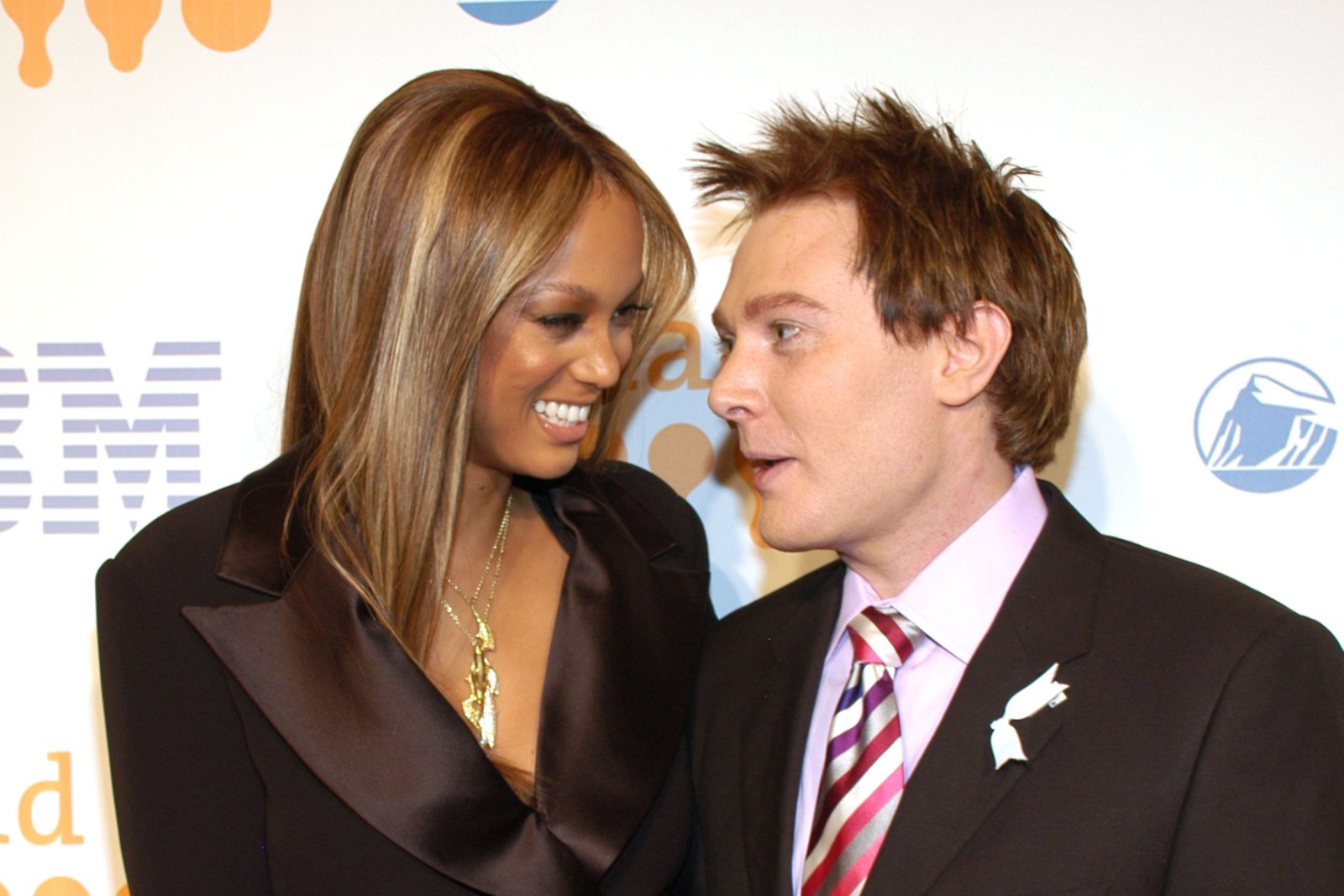 "For some reason we just clicked when we first met, and we try to stay in touch and see each other whenever we're in town. She's such a real person, and I think that's something people didn't know about her until her talk show. She doesn't try to be something she's not. She'll be as nerdy as she needs to be, or whatever she needs to be. I think that's why people are attracted to her, and I think that's why we became friends." Clay said about Tyra in an interview with People. 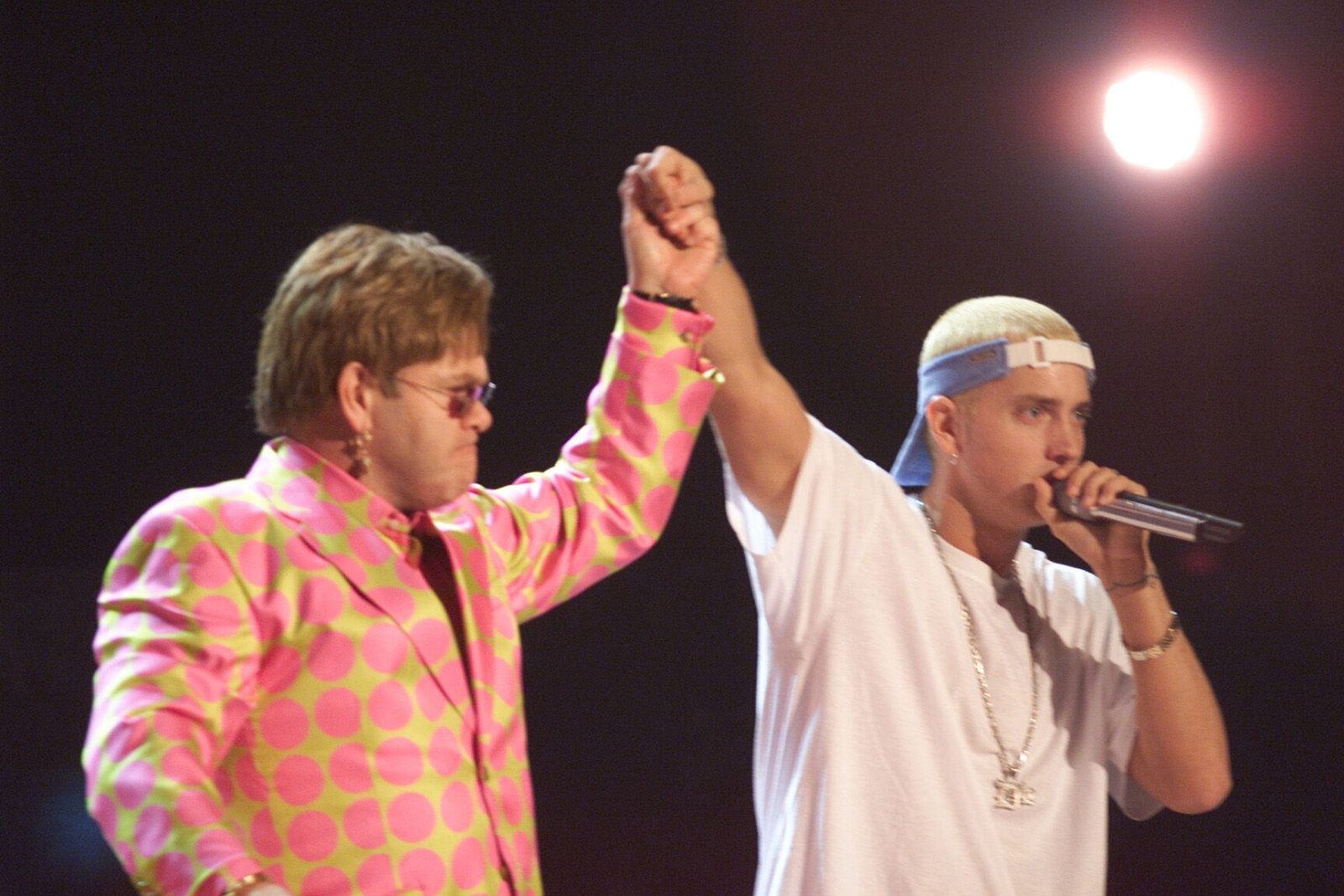 Despite a lot of Eminem's homophobic lyrics in some of his songs, he and Elton John managed to bond over their mutual love for music, and even performed together at the 2001 Grammys.

I'm guessing these two aren't BFF's or anything.

But Jennifer and Bieber's ex girlfriend, Selena Gomez are friends (which is another weird pairing). So my assumption is that they were introduced through their mutual connection.

Zach often tweets about his love for Harry in a playful, comedic way. But turns out that their friendship is totally legitimate.

While their has been some speculation that the woman Jay-Z cheated on Beyoncé with is Gwyneth, there hasn't been any proof of that being true.

Could Gwyneth be "Becky with the good hair?"

These three haven't been since together since that whole situation, so it definitely is a possibility.

But before that, these three were all good friends. Gwyneth's kids refer to Jay-Z as "uncle Jay." 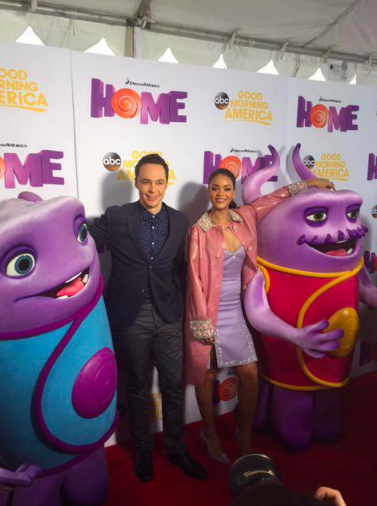 Rihanna and Jim met while they were both playing the voices of characters in the children's movie Home.

On the surface, these two don't seem like people that would have anything in common at all. But they bonded over their mutual geekish interests. 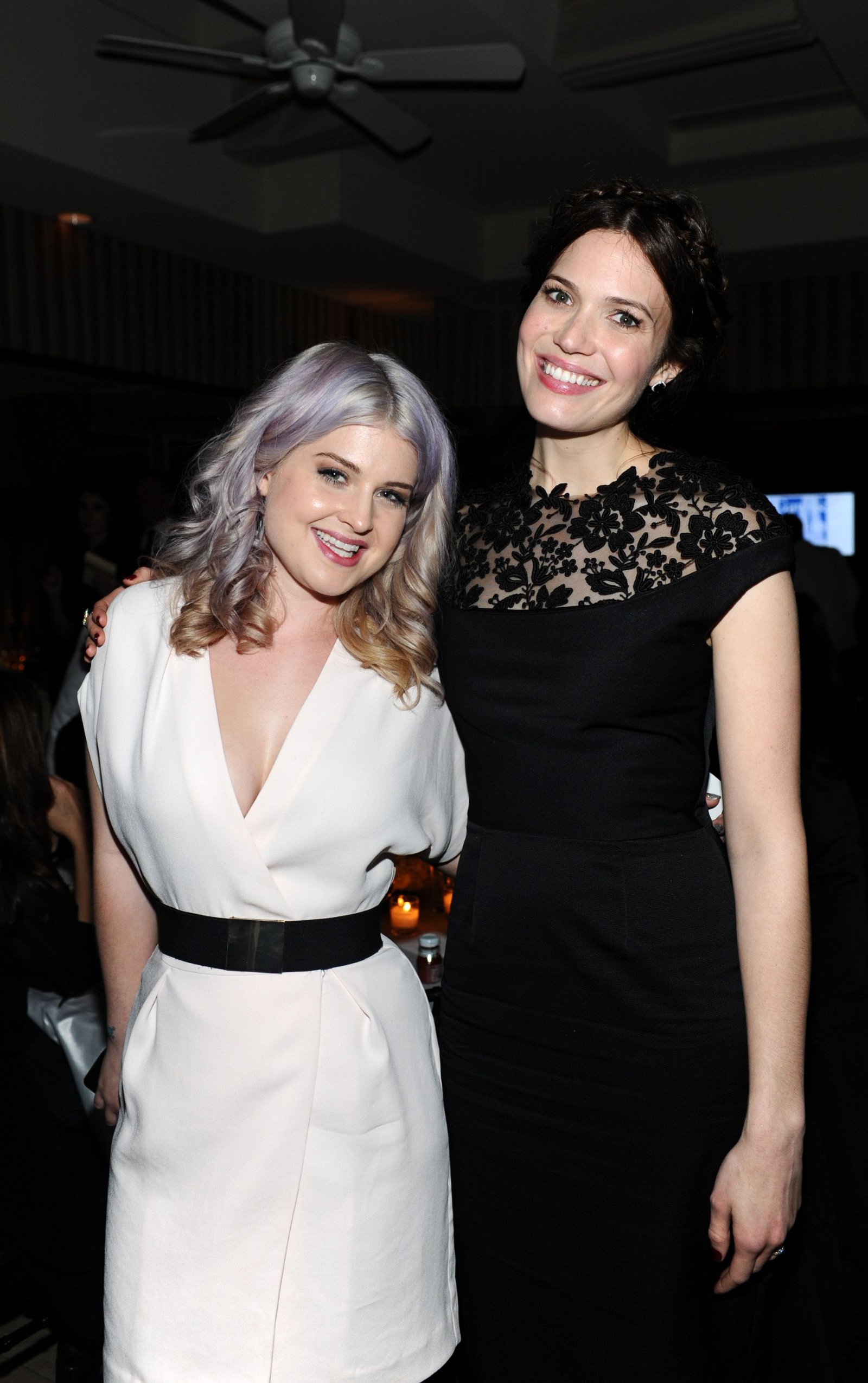 There is no damning evidence why these two could never be friends, it just doesn't seem likely.

Mandy Moore is a pop star-turned-actress and Kelly Osbourne is known for being Ozzy Osbourne's daughter, being a star of their family's reality show, and having ever-changing bright hair colors.

But somehow, these two became pals. Russel and Helen met on the set of The Tempest in 2009, and immediately hit it off. You'd expect the 30 year age gap between them to be an obstacle in their friendship, but the two seem inseparable. 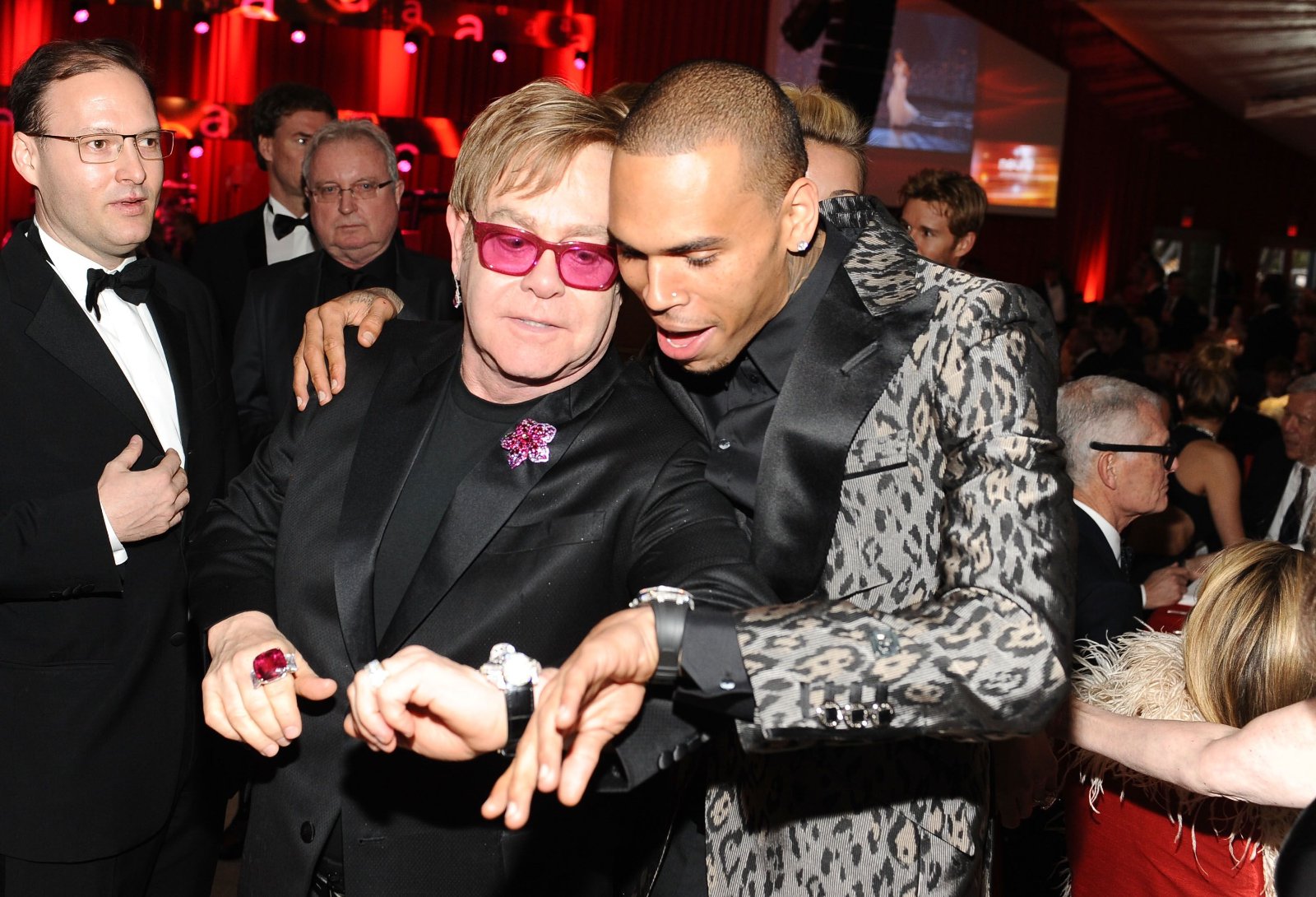 These two met at an event, where they were seen chatting it up for a while, and even posed for photos together.

Chris told John that he had been a big fan of his for a long time, and has revealed to press that John has been a good friend to him ever since they met. 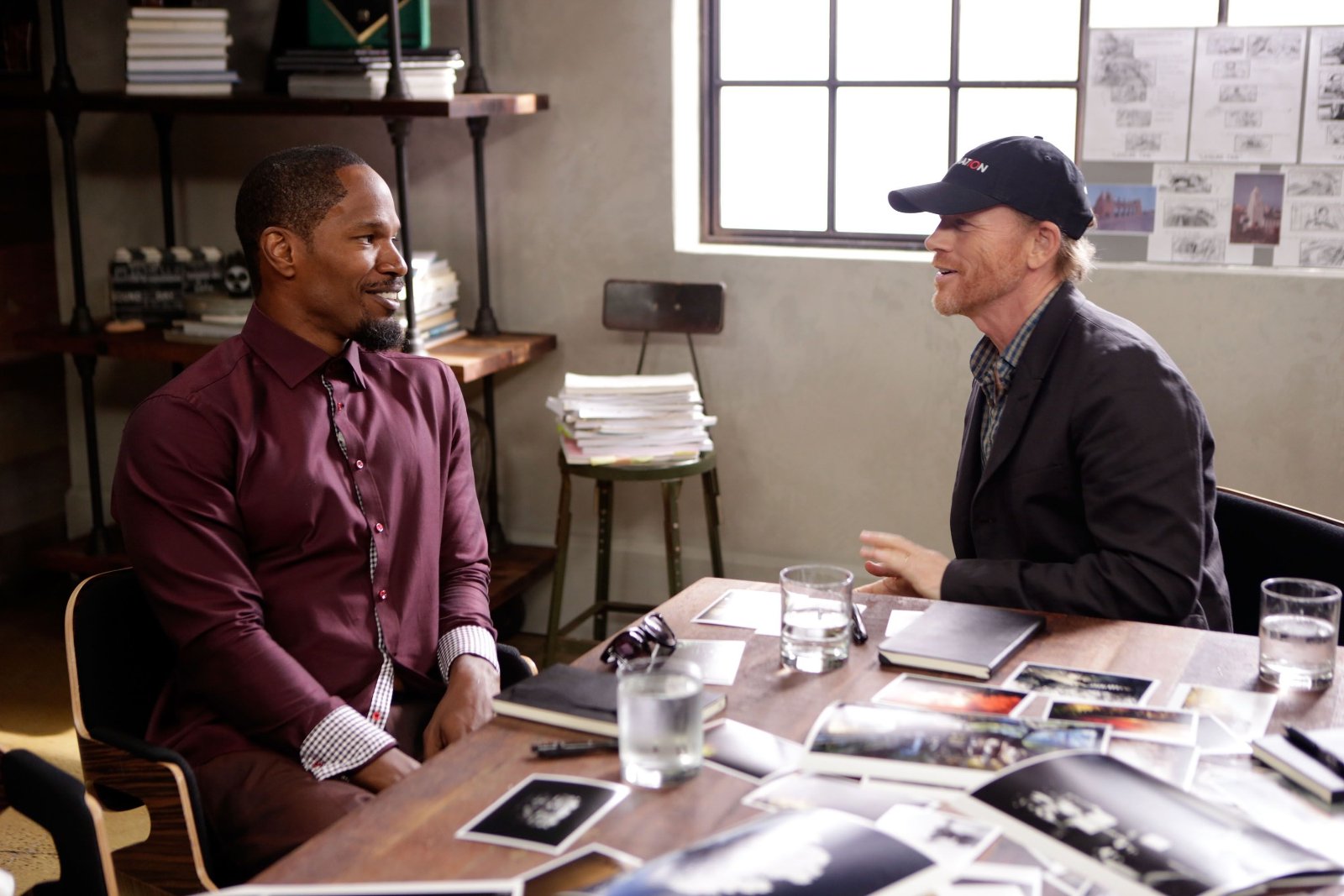 This one is random as hell.

Ron Howard is the last person I'd ever expect to see in one of Jamie Foxx's music videos. But there he is!

The pair met at President Obama's inauguration, and the rest was history.

Kim Kardashian and Mel B. 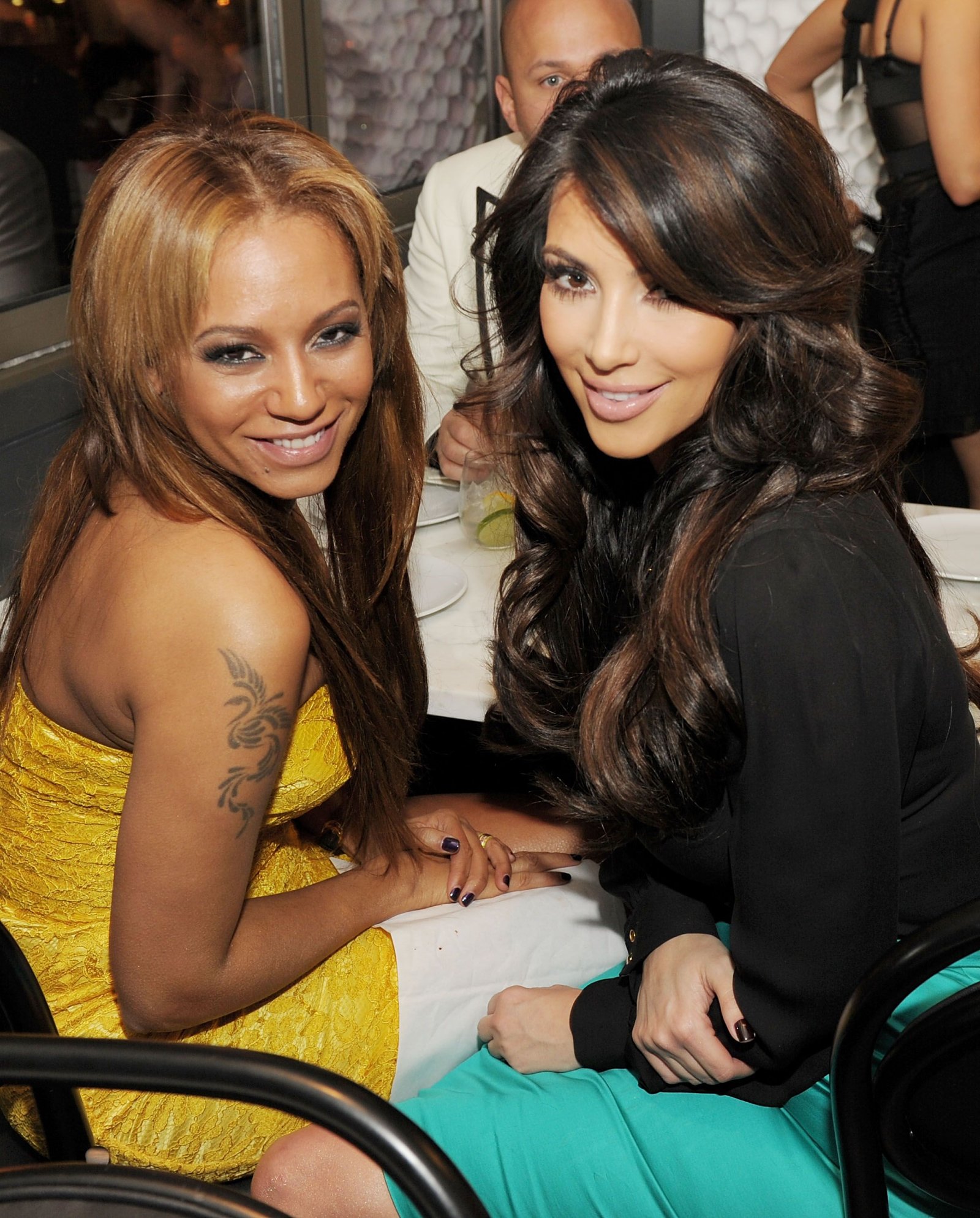 Initially, I thought these two we re a really unlikely pair. But the more I think about it, the more normal it seems. They're both famous, they're both around the same age, and both have a love for beauty and fashion.

They have been friends for years, and Mel B gets invited to all of the Kardashian family events.

But Snooki was a big fan of his, and he tweeted her sending his congratulations on the birth of her first child, and she tweeted back "I love you John McCain!" 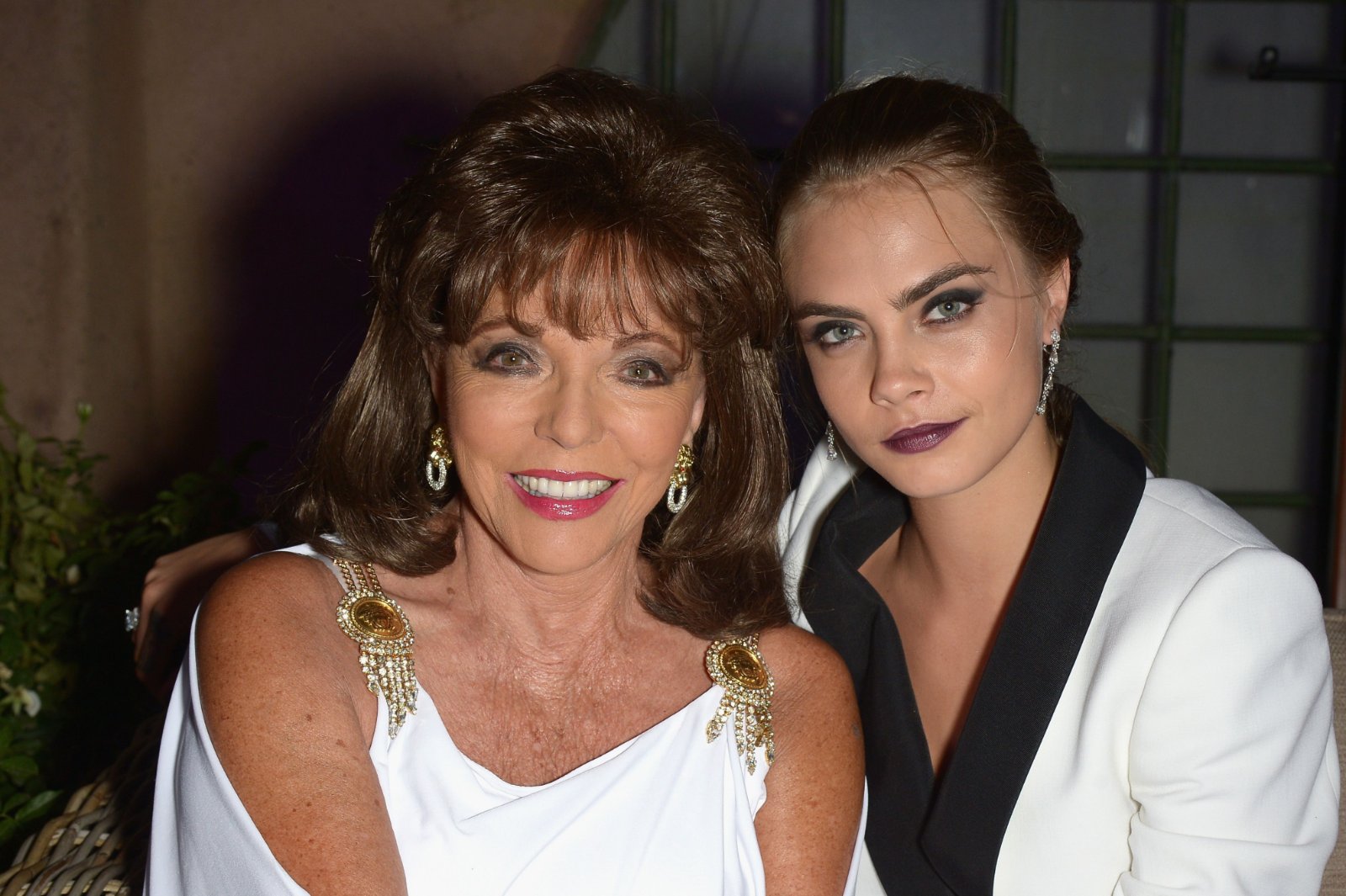 While this does seem really random, it's actually not. Joan is Cara's Godmother, and they've been close for her entire life.

The more you know!

This one isn't that weird. They're both actresses, and both roughly around the same age.

But I still didn't see it coming! These two are surprisingly close friends, and even have karaoke parties from time to time. 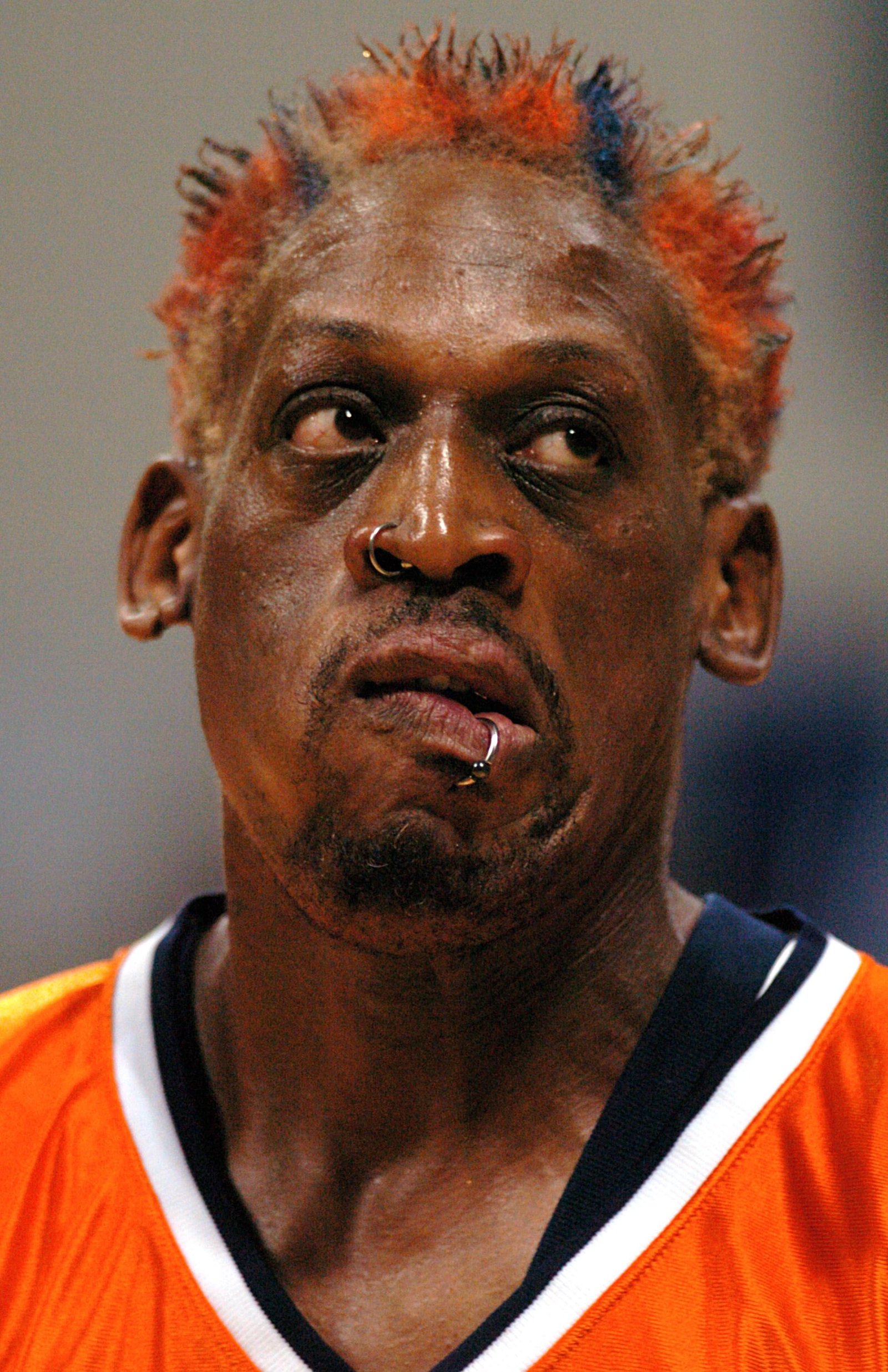 The former basketball star has met with North Korean leader, Kim Jong-Un a couple of times and has told reporters: "He's my friend for life — I don't care what you guys think about him."

He has also stated that Kim Jong-Un's father and grandfather were "great leaders."

"My knees buckled... it was the closest I've ever come to losing consciousness," Jennifer told New York Times after meeting Kris.

And after that, a friendship was born.

Kanye West and the Olsen twins.

At first glance, this friendship seems weird AF. Especially since the Olsen twins have shied away from the spotlight since becoming adults, and Kanye has done, well, the opposite.

But they do have something very major in common: Fashion. How did we not see this before?