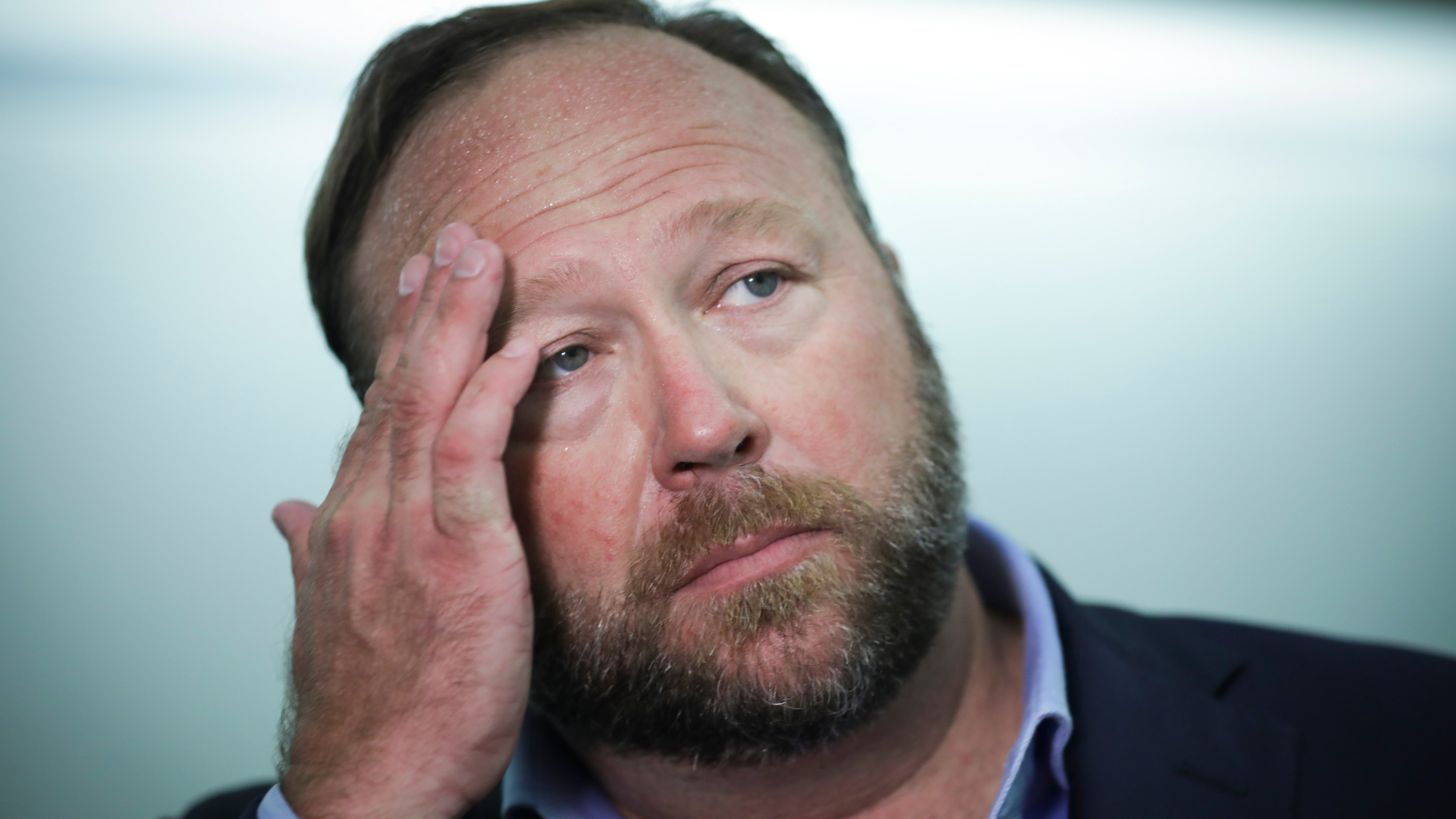 Infowars host and conspiracy theorist Alex Jones has a long history of making dubious claims during fits of pique to his audience, but one claim stands out more than others, and it has brought Jones to a courtroom.

For years, Jones claimed that the Sandy Hook elementary school massacre, the 2012 attack in which 26 people, including 20 children aged six and seven were killed, was a hoax perpetrated by opponents of the Second Amendment, and the parents so-called "crisis actors."

Parents of one of the Sandy Hook victims have taken Jones to court for defamation over the claims.

As CBS News reported, Neil Heslin and Scarlett Lewis, whose six-year-old son Jessie was killed in the Sandy Hook attack, testified about the harassment and death threats they've endured due to Jones's false claims about the massacre.

A day later, Jones testified that he now understands that the attack did happen. "Especially since I've met the parents. It's 100% real," Jones said.

In his testimony, Jones suggested that the media's portrayal of his claims about the Sandy Hook massacre has been unfair.

Jones testified that although he now understands that his claims were "absolutely irresponsible," he's still associated with them. "They (the media) won't let me take it back," Jones said, ABC News reported.

Jones added that the media has "typecast (him) as someone that runs around talking about Sandy Hook, makes money off Sandy Hook, is obsessed by Sandy Hook."

The Sandy Hook parents' lawyer also brought up several other of Jones's conspiracy theories regarding other mass tragedies.

Jones has cast doubt upon incidents such as the Oklahoma City bombing, the Boston Marathon bombing, and the mass shootings in Las Vegas and Parkland, Florida, the lawyer noted.

"I unintentionally took part in things that did hurt these people’s feelings," Jones acknowledged, according to AP News.

Jones's credibility has also come under considerable scrutiny in the trial.

In one exchange, the Sandy Hook parents' lawyer, Mark Bankston, showed clips of a host on Jones's show claiming the trial was rigged and the judge following a script. In another, after Jones claimed he didn't use email, Bankston showed an email coming from his email address.

What do you think? Let us know in the comments!

10+ Celebrities Who Died Way Too Soon